The Target Aspect is a fundamental concept that appears very often. I discussed similar topics in this article but the TA deserves a more in-depth look, similarly to what I did with Collision and the TID.

Some useful definitions, on top of the others already discussed in a different article, most of which will appear again later when the Intercept Geometry is discussed:

The definition of Target Aspect should be by now well-known (if not, have a look at the link above). Geometrically, it is one of the angles of the triangle defined by the SR and the intersection of FFP, BFP. As DTG is the opposite angle in BFP and FFP and the sum of the internal angles of a triangle is 180, the Target Aspect can be immediately calculated as:

Moreover, as DGT is the supplementary angle of the Cut, TA can also be calculated as: 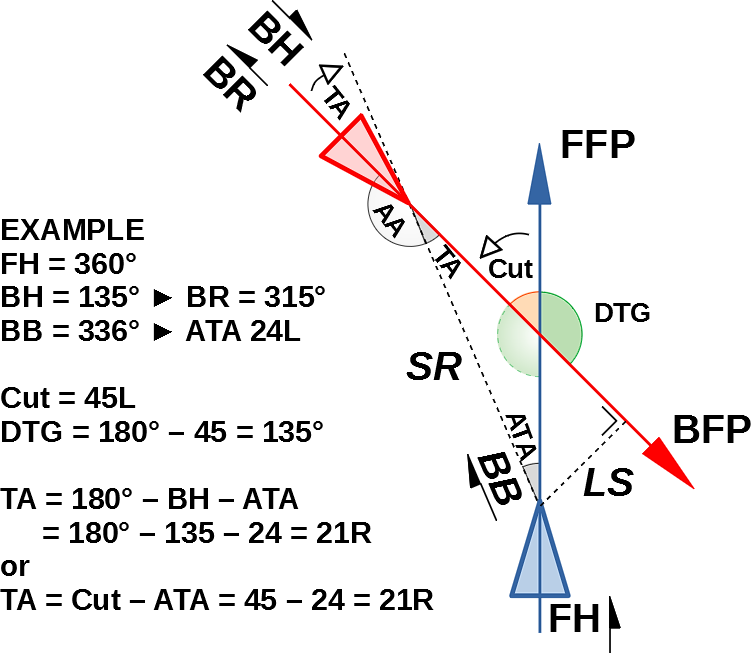 A couple of notes

The Bearing Distance Heading Indicator, is a display installed in both the front and the rear cockpit. Besides providing the Heading of the F-14 at a glance, it comes handy to monitor the TACAN (yardstick especially) and free other displays. 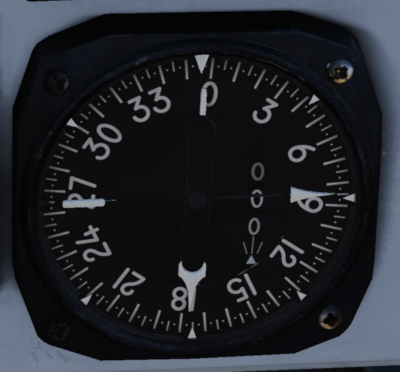 The simplest way to understand how the BDHI can be a very useful tool to determine the TA is by means of examples.

In this scenario a hostile contact is being tracked by our AWG-9: What can we say immediately about this contact, just by glancing at the TID AS? If you follow this site you probably got it already: it is placing us on a collision course and therefore has probably not really nice intentions! This because I inadvertently left the CAP behaviour turned on. It is not a particularly interesting information in this example but it is cool to see how previous concepts and discussions come together to increase the SA of the crew.

This is a useful “mental picture” of the BDHI whilst we use it to calculate DTG and other values. It is much simpler than it looks but it requires a bit of practice (fun fact: when presenting a closely related topic, the documentation says, quoting: “this appears to be a mechanical approach at first, but after doing several hundred exercises, the spatial picture will come almost automatically.”. 🙂 ). 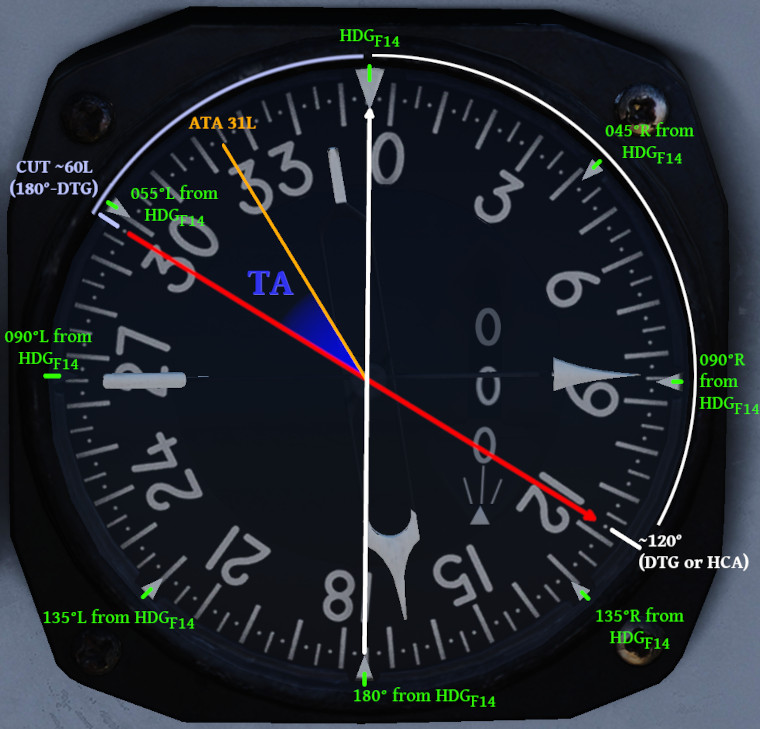 Note how the mark on the ring of the BDHI points at 55° Left or 305° rather than 315°. Feature? Bug? At the end of the day is not a big deal, as long as you remember that that mark is different from the others.

Now onwards to the numbers!

The direction can be established by following the procedure described before: start from BR and move towards BB. As we follow towards the right, that’s the direction of the TA.

This is the scenario in TacView; which shows the Aspect Angle rather than the Target Aspect: 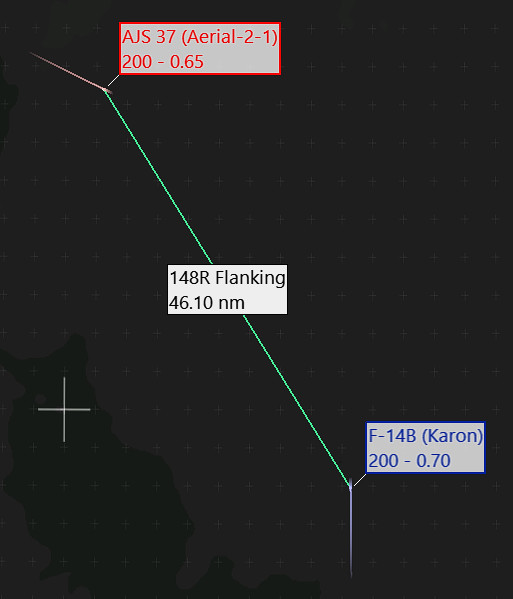 Similar setup as the example above but with different directions. From the TID AS we can immediately tell that we are nowhere near close to collision. VC is also very low. 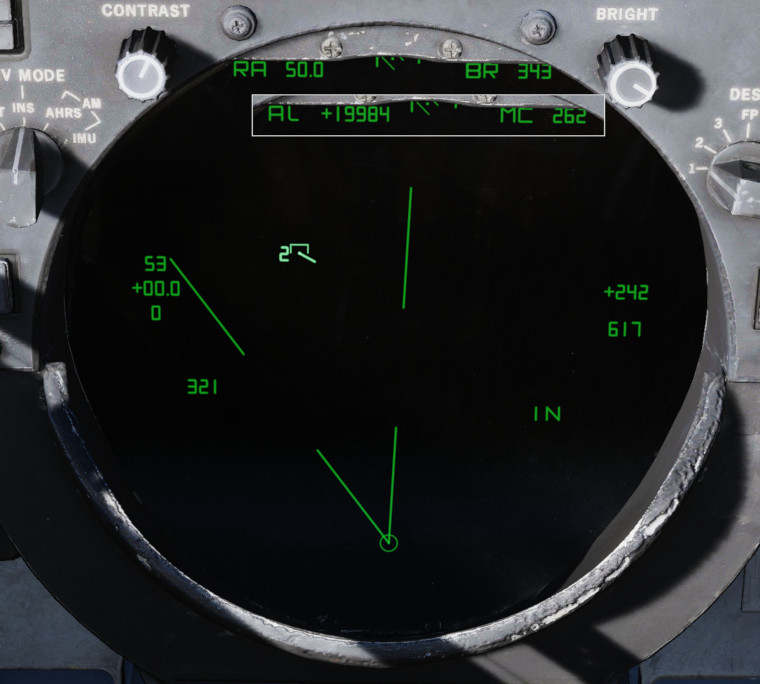 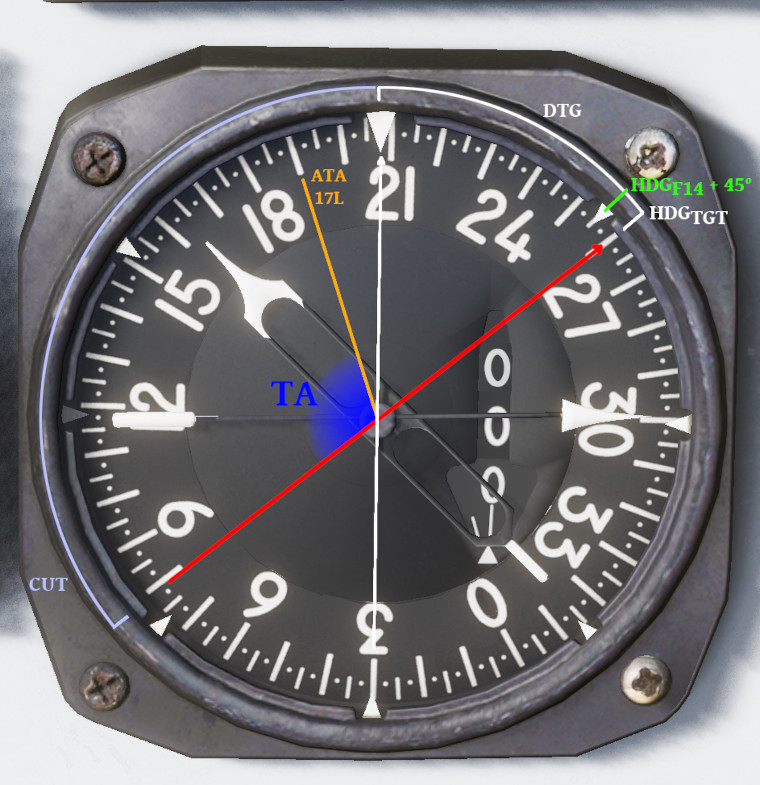 Instead of approximating the values, we can use the marks on the rotating compass as they clearly match 5° more than the 045°R notch of the outer ring.

And a quick check with Tacview: 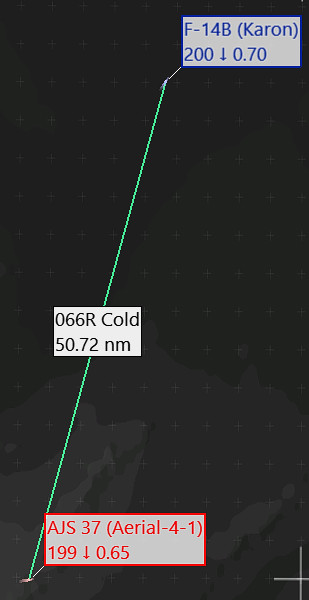 As we have seen, by means of the BDHI, the RIO can easily estimate the Target Aspect of a contact.
Here are a couple of suggestions that hopefully will come handy: