Having been through the data-collection process already, before diving into the data, a brief recap. The values gathered are displayed in the following sample: 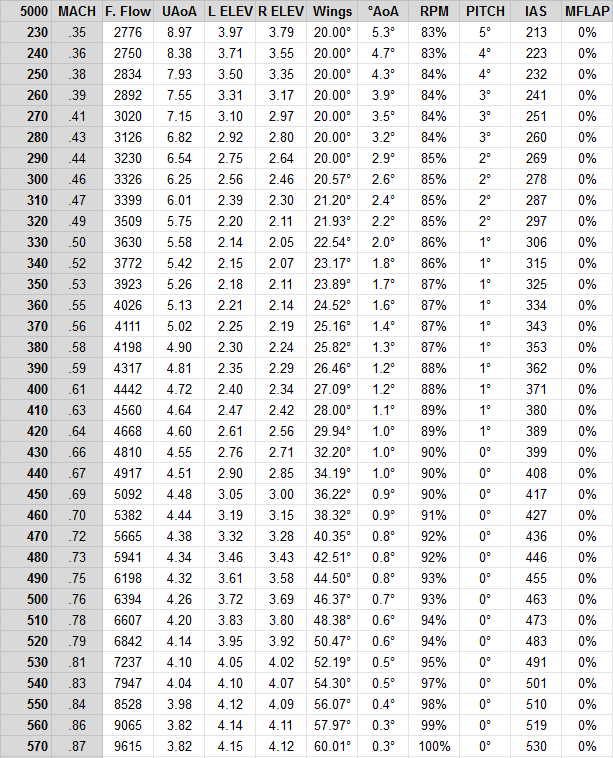 Not every Mach interval is available for each series. The second chart shows the missing values plotted by Google Drive and the manoeuvring flaps status (columns).

Same as before, some values are missing and are automatically plotted by GD in the second chart, along with the manoeuvring flaps status.

GS and Mach vs UAoA

GS and Mach vs Left Elevator

Generally speaking, the fuel consumption is fairly linear and predictable for altitudes between 5000ft and 15000ft (taking into account that the values gathered change depending on of many external factors, such as the wind).
Starting at 20000ft, the behaviour changes. At low speed, the trend is similar to 15,000ft and lower, but reached a speed of ~Mach .63 the fuel consumption decreases, reaches the lowest at Mach circa .70 and then raises again. It then exponentially increases until the AB comes into action, at that point the increase of fuel consumption over the speed gain is minimal.
On top of that, the Wings Sweep angle behaves in a completely different way depending on the altitude. Two trends can be clearly defined: 5000ft→15000ft and 20000ft→35000ft. Interestingly, no matter the altitude, the wings are fully reversed as the speed gets closer to Mach 1.00.

8.5 UAoA is marked on the UAoA indicator as the “Cruise value”. These following are the charts of Speed vs Fuel Consumption, with the speeds closer to UAoA 8.5 plotted as columns.

NOTE: Values close to 8.5 UAoA are sometimes reached twice, usually as the manoeuvring flaps are retracted. I considered only the first occurrence in the following charts.

UAoA 8.5 seems to be a fairly good reference value where the fuel consumption is fairly low. The only exception is 35,000ft where the fuel usage is lower at ~Mach .70.

This model is integrated into the next release of the Mission Datacard Generator.

The fuel breakdown has the purpose of helping the Mission Planner to define Bingo fuel and set AAR along the route, if necessary. Since it is very hard to fly following the numbers perfectly, I added a tolerance modifier.
Tips about fuel management, such as setting a good Bingo value, will be covered later in a dedicated article.

All the values collected, along with charts and others, are available here. As I mentioned multiple times, these values come directly from DCS and are subject to a certain degree of tolerance due to a number of factors (such as the Wind). If you find errors or mistake feel free to point them out! 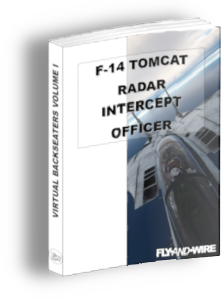