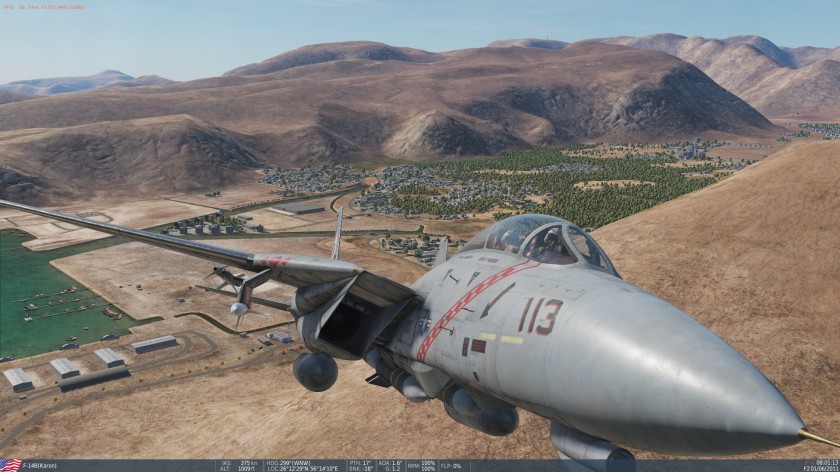 The f-14 is finally here and, simply put, it’s definitely the best DCS module so far in terms of quality and attention to the details.
I’m in love with the FM: the constant use of rudder during high-AoA manoeuvres is something I really missed and feels so natural if your are used to non-FBW or propeller aircraft and it’s main reason why I don’t really like the F/A-18 in the first place. Don’t get me wrong, the FBW totally makes sense in reality, same as the increased use of computers since the digital revolution but DCS is still a game, at the end of the day.

The RIO seat is amazing. I have already assigned most of the controls and I had to plug my ancient CH MultiFunction Panel back and use its 35 additional buttons ..and here comes the first issue: many functions, knobs especially, can’t be assigned to my encoders because an option such as “next/previous” is not available. The sub-functions of every knob are instead directly assignable That’s the case for the CAP category knob, the TID mode knob and the TID range knob. I can work around these limitations by using Arduino but I don’t want to write a custom version of the firmware for my UFC/PVI-800 box. It’s no big deal at the moment (I’m using one of my 3 TM MFDs for those) and I am use they will be implemented later.

The second issues is about exporting avionics to my 7″ LCD screen. I just need to find how the screens are called (I tried default values but no luck so far).
These two are my biggest complains so far. What? Do they look very marginal? Well, they are. And that’s because HB has done a flipping amazing job with the F-14. If you don’t have it. GET IT (and use HB’s store! I used it twice, no issues at all).